Guten Morgen. Wearhead is a small village on the A689. I used to drive a tanker load of chemicals from Derby to the Water Treatment plant at Wearhead. I remember the journey well, with 20 tons of Ferric Sulphate sloshing about in the back along some narrow country lanes. I used to come off the A1 at Scotch Corner, take the long straight B6275 road to Piecebridge, then pick up the A68 through West Auckland, and left onto the A689 near Crook.
Then I went through several villages. Wolsingham, Frosterley, Stanhope, Eastgate, Westgate, Daddry Shield, St Johns Chapel, Ireshopeburn, and Wearhead, then taking a lane to Burnhope Reservoir. I made a mental note of each village as I went through them, wondering if I was ever going to get there.
I often timed it that I left Derby at midday, to arrive at around 4pm ish. That meant when I had delivered the load I was out of time and would have to stay the night. Delivery was easy, it was a gravity drop. Dangle the hose over the edge of a big pit in the ground and wait for it to flow out. Sit and enjoy the views. One of my favourite drops.
On Friday last week I was in Wearhead again, a trip down memory lane. I found lots of scarecrows decorating the village. 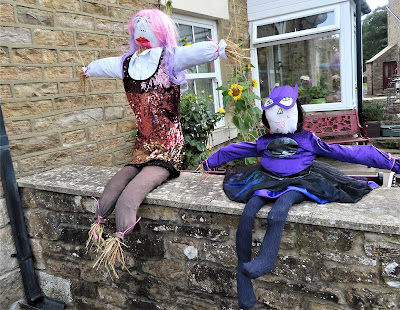 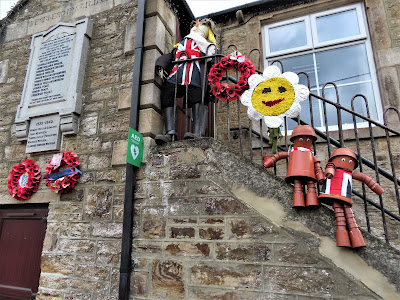 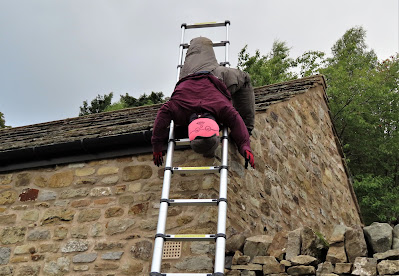 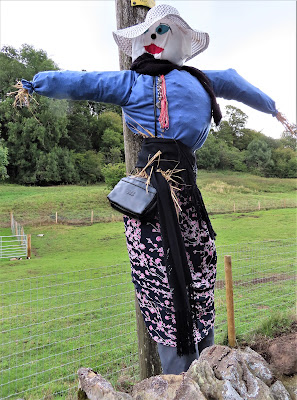 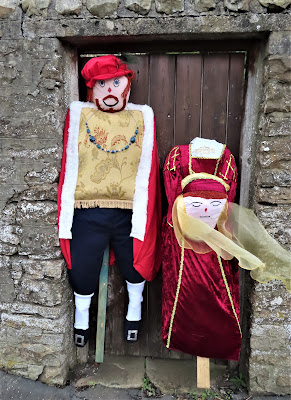 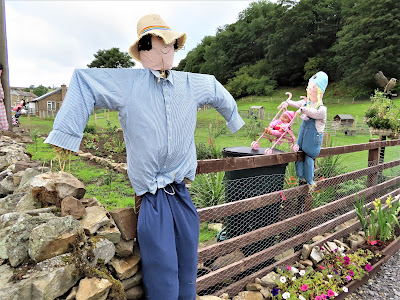 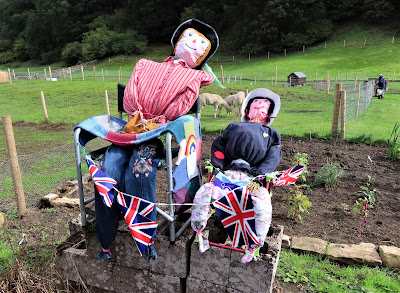 This has given me an idea. I need a scarecrow to sit in my garden, so I am making one. 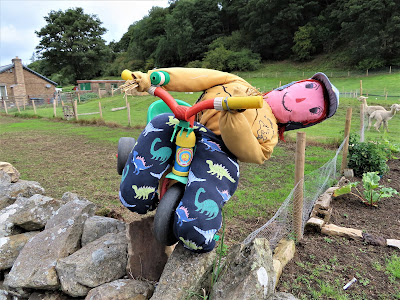 As I was wandering along, snapping away, I came across a dog that was barking at the gate. I stopped to say hello. It continued to bark so the lady came over to say hello. I had a lovely conversation with her. She told me that they were going to buy a house in Lincolnshire, but it fell through, and was pleased that she had found this one, because it is in the area she was brought up in. Some of these scarecrows are what she has made for the Village Fair, which was scheduled to take place the next day. 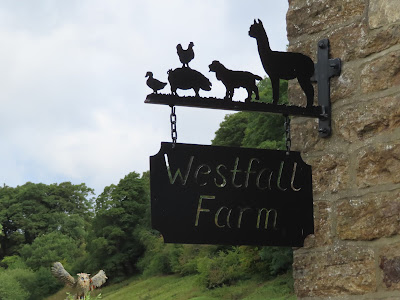 A lot of land came with the house so they made some changes. New fencing to contain the animals. They are pets, not for eating. The three alpacas are funny. They have ducks, geese, and hens, and a veg garden. For the first year of being here they have made it how they want it, and have more plans for self sufficiency. Time to leave Wearhead. I turned down a narrow minor road at St Johns Chappel to go and have a look at a Waterfall I saw marked on the map. A couple of pics of the cloud shadows drifting over the hills. 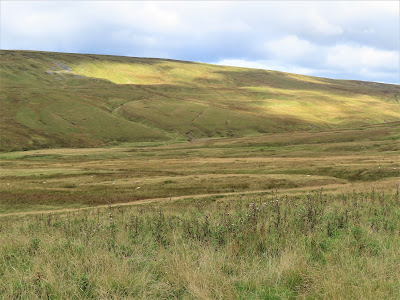 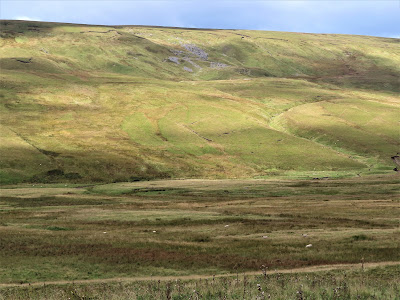 I'll see you later with the last of the pics. Thanks for popping in. Toodle pip.  ilona
Posted by Meanqueen at 12:06