My lucky day yesterday. I called in to see my friend Mrs A, and she gave me a smallish picture frame. It didn't have a back on it, but it had some depth and a recess around the inside. I have been looking for something to make a picture with the felt spirals, but hadn't found anything suitable. Aha, wonder if they would fit into here, and they did. 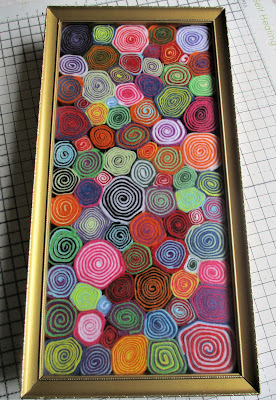 I mixed up the different sizes and colours. It was tricky to squash them all in because as I pushed them together to add more and close the gaps, they kept springing out. They are squashed up against the glass, nothing else holding them in place. 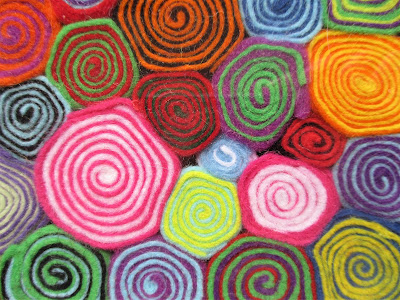 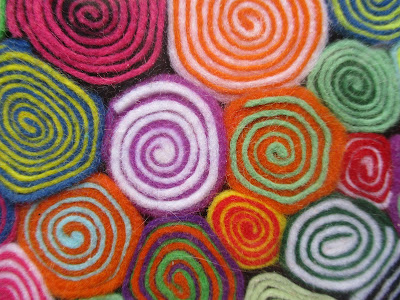 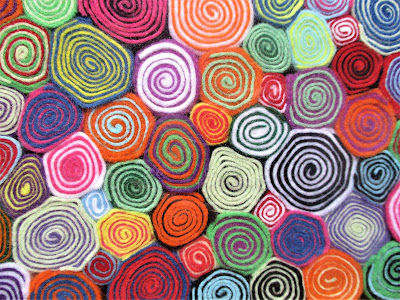 I put some packing inside the back so they wouldn't move about and dislodge themselves, then closed it up with a piece of strong cardboard, the type used in picture framing. 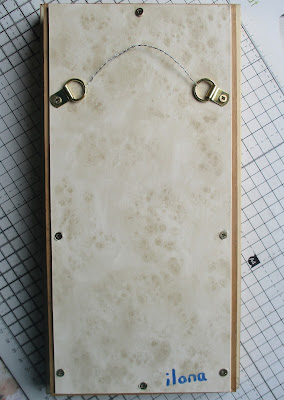 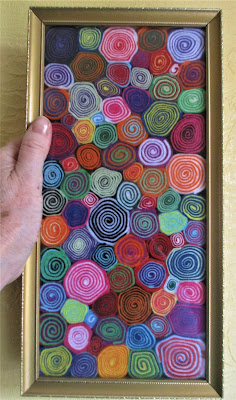 Oscar has beat me to the best chair today. Seems I am third inline for this chair, after Mayze and Oscar. He is a handsome boy. 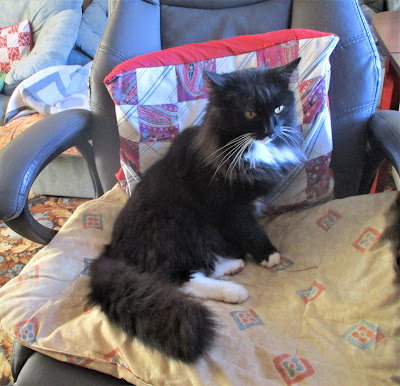 Well that's sorted the rest of the day out. It was sunny, but now it's raining. I need to make a start on the garden and it's brown bin collection day tomorrow. It might not get filled now. If it's a shower I might pop out for an hour later.
Toodle pip.  ilona
Posted by Meanqueen at 20:22