Room for one more.

I carried on driving north. The weather had deteriorated and it wasn't much fun. There was one more beach I wanted to see and that was over on Harris. I made my way to Berneray to see if I could get on a boat. I had a ticket but it was for the following day. There happened to be a boat due in and several vehicles were waiting to get on. I joined the queue for large vehicles, and those not booked. The first two queues were loaded then the attendant came to our queue, there were three in front of me. He waved them on. Was I going to get on. I showed him my ticket, he waved me on. Yippeeee, I made it. A minute later the ramp was going up and off we went. 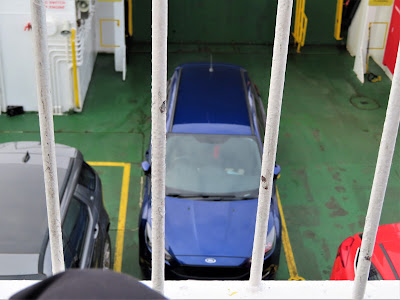 Driving up the coast road heading for Tarbert I stopped to take this photo. The sea was looking really rough and the wind was getting up. 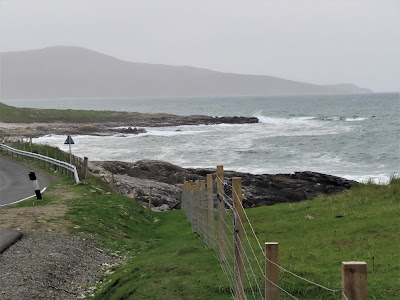 Luskentyre Beach is beautiful, even on a cold and windy day. It's at the end of a narrow road, aren't they all, ha ha, with a car park. 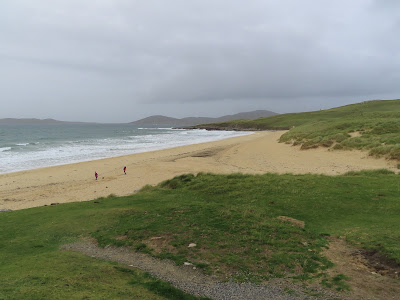 Time for a walk. Not may people about. 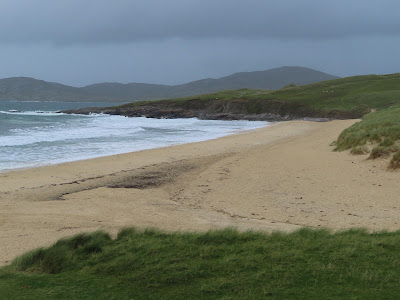 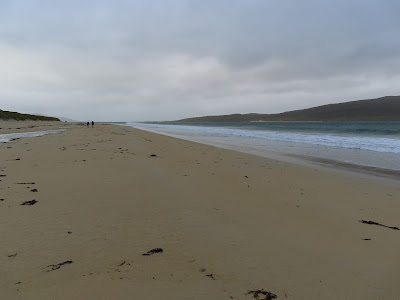 Mist over the mountains and a sea thrashing about on the shore. Too cold for a paddle. I did record a video here, but it was impossible to shield the camera from the wind noise, so I deleted it. 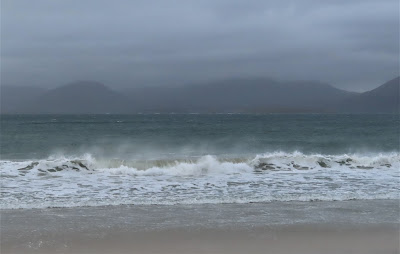 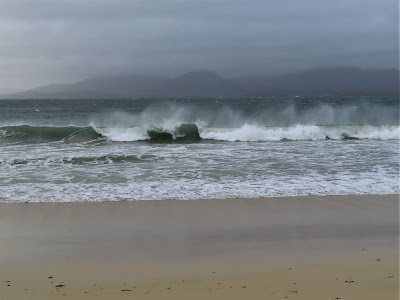 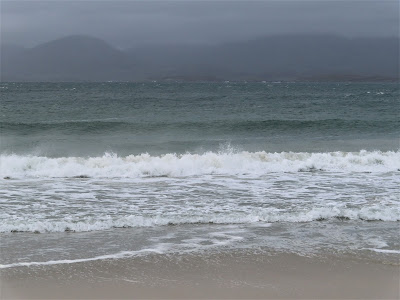 The solitude is wonderful. Time for daydreaming and getting lost in your own thoughts. Everywhere is so clean. I didn't see any litter anywhere on the islands. 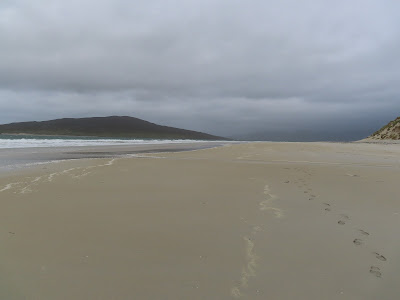 I still had two days left to fill before getting the boat to Skye. I wondered what to do with them. I could go and find another beach, I could drive down some more narrow roads and look for something of interest, but to be honest I couldn't muster up the enthusiasm to do that. It was cold, it was wet, and I am happy with what I have done up to now.

I went to Tarbert to check out the boat situation. I might be able to change my ticket and get an earlier crossing back to Skye. As I came down the hill and looked down at the ferry port I saw there was a boat in, and it was almost loaded. I parked outside the distillery and went to the CalMac office. I presented my ticket to the man on the desk and asked what were the chances of getting an earlier boat. I jokingly said, I suppose I am too late to get on that one in now. He said, go and get your car and get on it.

I legged it back to the car, waving at the crew to wait a minute. I did a u turn and drove straight on. 30 seconds later the ramp went up, and off we went. Phew, that was close.

Come back later to find out what happened next when I got off at Skye.

Thanks for popping in. Toodle pip.   ilona