Drive to the top of Lewis.

Back on the holiday pics. I checked out of the B & B on the Thursday morning and headed north to see some more of Lewis. The Port of Ness had some lovely views. A little wander around there. Watching the waves crash onto the rocks. Good job it wasn't very busy because there isn't much parking there. 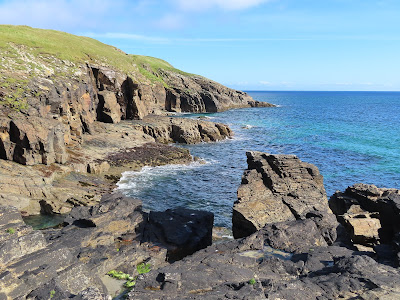 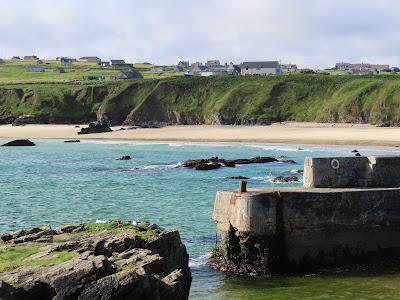 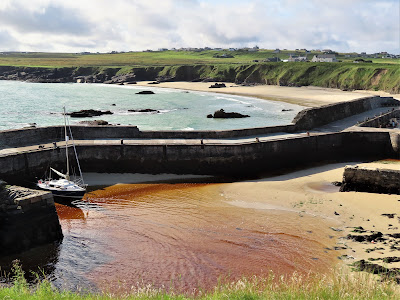 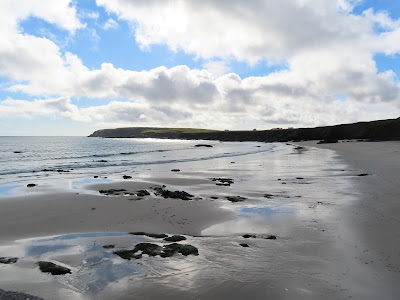 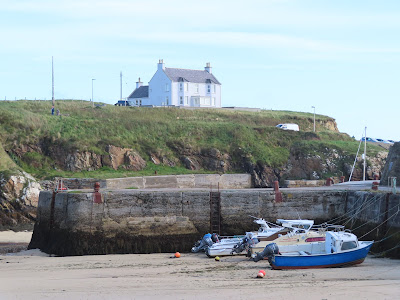 A bit further north is the Butt of Lewis Lighthouse. It looks very well kept but sadly it isn't open to visitors. 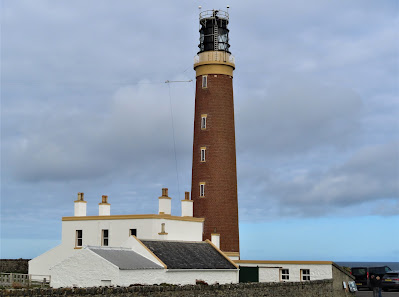 I'm a bit scared about falling over the edge, so I don't go too close. It was very windy as well, trying to hold the camera steady was not easy. Lovely views though. The sea is sort of mesmerising to watch. 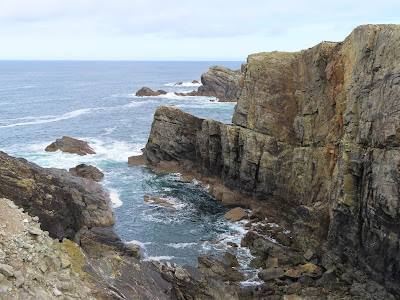 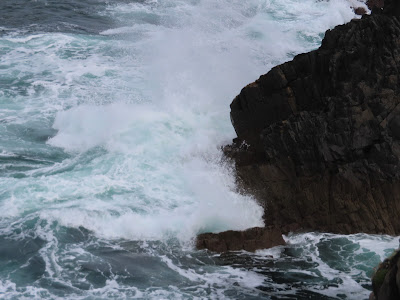 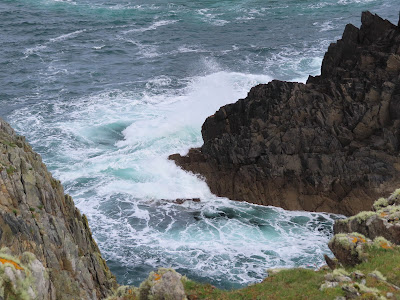 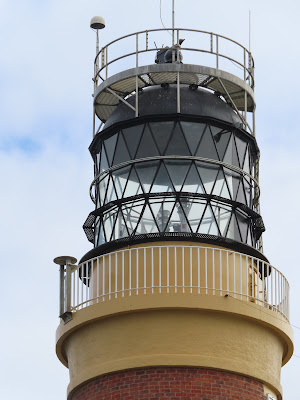 Well wrapped up against the wind. Can you see me mother. 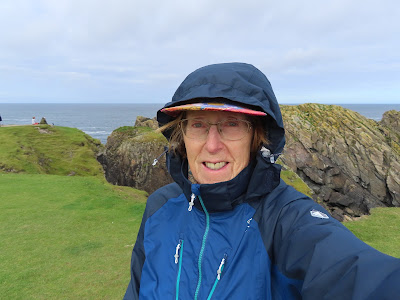 Back in the car again to head back south. And a stop off at The Blackhouse at Arnol. 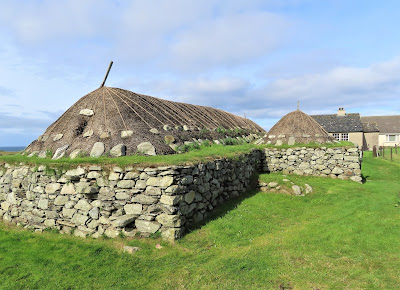 Here is a little bit about it. All the whole family used to live in the one room, with the fire in the middle. Read about it here. This one was built in 1880. 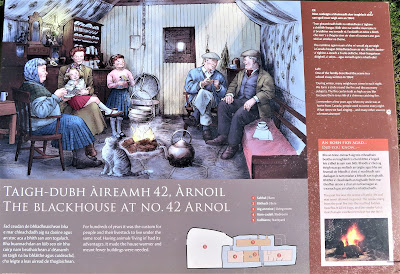 I spoke to the man at the entrance. The notice said, bookings only. I said I hadn't booked, and don't have a smart phone. He said we can take your details on paper for the NHS Track and Trace. I said, I don't do that. He said, I understand. So I didn't go inside. 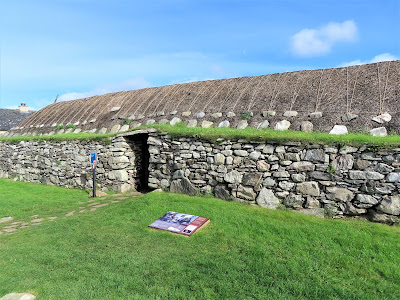 Back in the car to continue south. I wanted to see the Blackhouse Village at Gearrannan. A little bit about the history of the place. 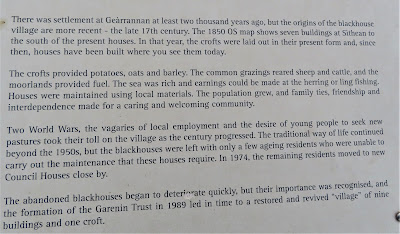 Similar set up here at the entrance. I decided to bypass that. I don't want to go inside the houses, want to keep my distance from the other visitors, but I would like some photo's. There was a public footpath to the side of it, and up the hill, so I had a look up there. Nice views looking down on the village. 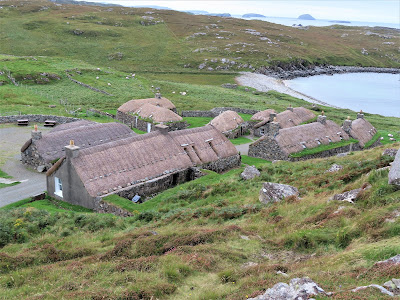 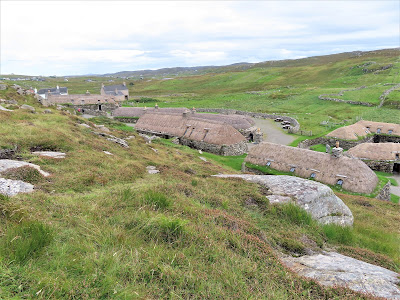 I found a track that went down into the village. According to the web site you can stay there. There are a several options depending on the size of your group. 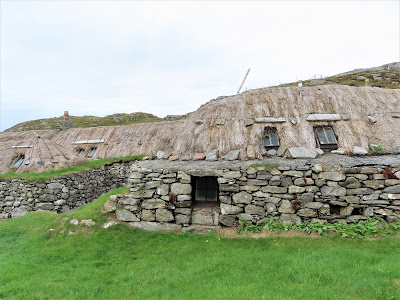 This one sleeps two, and is £240 for three nights. The furnishings look lovely. 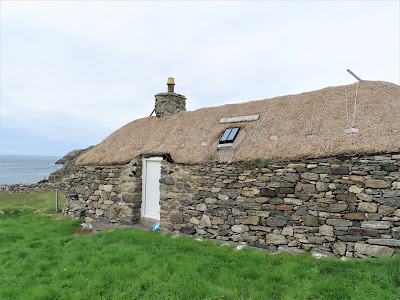 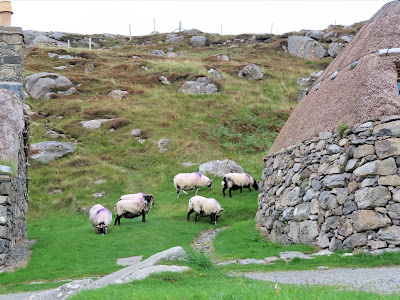 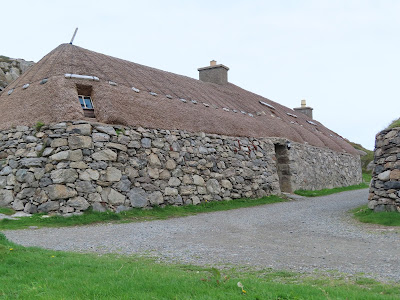 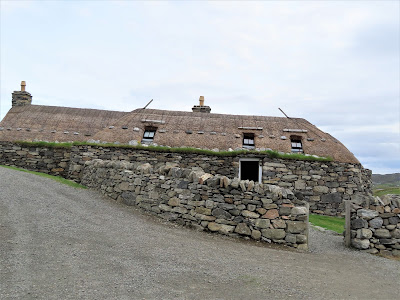 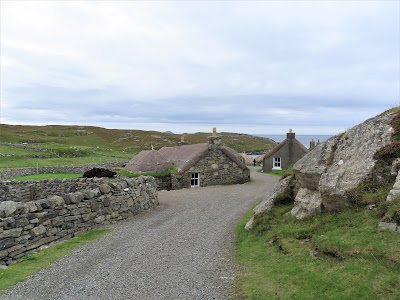 Time was getting on and I needed to find a place to sleep. Car camping from now on. I pulled into a picnic area which was sheltered from the road. I would rather park where others are camping but it was getting late and I needed to stop. It was safe, no one bothered me. I think wild camping on the islands is normal, lots do it, and the locals expect it to happen.
Thanks to the Walking Group members for checking in. Good to hear from you. More pics of the holiday to come. The next day there was a bit of an emergency which turned out really well in the end. Heading south but I had to make a detour.
Catch ya later. Thanks for popping in. Toodle pip.   ilona
Posted by Meanqueen at 17:24